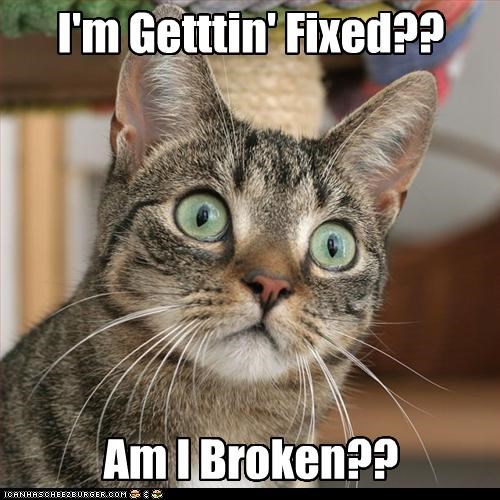 We had a week of de-sexing rotation during the beginning of the year and a second week at the end of the year.  De-sexing means spaying & castrating (neutering) cats and dogs.  We completed this at a massive animal shelter in the city! This means we had to commute in on the train each day… which we somehow always struggled with. We seemed to end up with endless delayed trains, massive traffic jams, and absent parking spots.

On the Monday we had an induction in the upstairs tea room and talked about the layout of the days. Then we spent some time practicing different suture patterns and knots on the suture boards.

In the morning two of us would be the surgeons and two of us would be the anesthetists. The other two students were ‘floaters’ and stayed outside the surgical suite and were involved with patient care and recovery monitoring.  We switched roles in the afternoon. When we first got allocated our cases we had to go find the dogs and cats in different wards in the shelter. We would bring them to the veterinary room where we would do our physical exams, place IV catheters, and give them premedication drugs so they would start to get sleepy before their surgeries. The anesthetists would be calculating their drug doses for the patients and preparing the anesthetic machines. We also checked our patients from the day before and looked at their surgical incisions to make sure everything was healing alright!

Our group standing outside the surgical suite which contained 2 surgery tables and 2 anesthetic machines for us to do simultaneous surgeries at.

Being the surgeon was fun because I was often the only person scrubbed into the surgery—this meant I did everything by myself! Last year, when we did our first surgeries at the university hospital there was at least one other person scrubbed into the surgery and we had to share all different parts of it with each other. It was difficult to learn that way. One of my favorite things that we learned how to do on this rotation was pedicle ties on the ovaries of cat spays.  They are done on most cat spays at the shelter. I liked this technique because it is faster than a more traditional method and leaves less suture material inside the patient. I have now taught multiple vets on placements I’ve been to about how to do pedicle ties.

As the anesthetist it was good to practice our drug calculations and give intramuscular injections. It felt like a lot of my patients had issues with blood pressure during their surgeries so I learned a bit more about how to manage this issue.

On the Wednesday of the first week we received personalized feedback from the vet. This was really nice to actually speak to someone DURING a rotation about things we were doing well and other things we could improve on.

When I got the chance to do a dog spay I enjoyed performing Millers knots in a live patient instead of on a suture board. Practicing on suture boards is great, but its nothing like the real thing.

During our first week of de-sexing we took advantage of being in the city close to things to do–we had dinner one night at a fav location (Laksa King… I may have mentioned it before…) and then went to a comedy club.

Please enjoy this very in focus and amazing photo of our group at Laksa King.

On the last day of the week we organized a group lunch with us and the surgeon and the nurse. On the first week we made rice paper rolls (second week was TACOS) and gave some quick presentations regarding shelter medicine. Jessica and I presented on olfactory enrichment for shelter animals.

On another day we braved the pouring rain and really windy conditions to walk to Mork chocolate for a snack before starting the long journey home on the delayed trains.  How dedicated are we?- we even stood outside in the rain until there was an empty table!

As an update, this is my second last rotation. Which means there is only 1 rotation left. AND THEN WHAT?! (plot twist: its graduation)